Article 29 – Legal Topic – The Constitution of Trinidad and Tobago

Article 29 – Legal Topic – The Constitution of Trinidad and Tobago 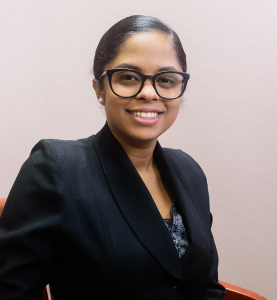 SUPREMACY OF THE CONSTITUTION

There are three arms of Government namely, the Executive, the Legislature and the Judiciary. We will now look at each arm of Government in turn.

By virtue of section 22 of the Constitution, a President of Trinidad and Tobago is elected in accordance with the provisions of the third Chapter and is the Head of State and Commander-in-Chief of the armed forces.

The Senate consist of THIRTY-ONE (31) members.

The House of Representatives consists of FORTY ONE (41) members or such number of members as corresponds with the number of constituencies: Section 46(2) of the Constitution.

Section 53 of the Constitution confers a wide power of law-making to the Parliament of Trinidad and Tobago. The section states,

The principle of judicial independence has been widely acknowledged as an integral feature of Trinidad and Tobago’s Constitution and in this context it refers to the independence of the Judiciary from the direction, manipulation and/or control by the other two arms of Government, being the Legislature and the Executive. Thus the Judiciary must have that independence to be able to tell the Legislature, or even the Executive, that they’re in the wrong, once the case is appropriate and merits such a decision.

In the case of Hinds v Queen [1977] A.C. 195, Lord Diplock, while considering the principle of judicial independence stated,

“What … is implicit in the very structure of a constitution on the Westminster Model is that judicial power, however it is to be distributed from time to time between various courts, is to continue to be vested in persons appointed to hold judicial office in the manner and on the terms laid down in the Chapter dealing with the Judicature, even though this is not expressly stated in the Constitution.”

The preamble of the Constitution recognises the respect for principles of social justice, our belief in a democratic society, due respect for lawfully constituted authority, respect for moral and spiritual values and the rule of law. An important element in our functioning democracy is the doctrine of the separation of powers. The Constitution entrenches the principle of the separation of powers between the legislature, the executive, and the judiciary. What this simply means is that each arm of Government has separate and distinct roles, rights and responsibilities and each should stay in their own lane. This is why sometimes you hear persons complaining of Judicial over-reach, where they claim that the Courts, by their decisions are attempting to make Laws; which is the exclusive preserve of the Legislature. According to the Court in Ahnee v DPP DPP [1999] 2 WLR 1305, under the Constitution one branch of government may not trespass upon the province of any other. The Court recognized that the Constitution gave to each arm of government such powers as were deemed to be necessary in order to discharge the functions of a legislature, an executive and a judiciary. Practically, however, it is important to note that there is an air of interdependence which each arm has on the other in the operationalisation of civil society. In the case of Matthews v The State of Trinidad and Tobago [2004] 3 WLR 812 the Privy Council noted that “the principle of the separation of powers is not an overriding supra-constitutional principle but a description of how the powers under a real constitution are divided”.

The doctrine of separation of powers should not then be viewed as distinct, airtight, compartmentalisation of powers but merely a system of checks and balances in the distribution of power to protect the citizens from autocracy: Hinds (supra). The concept of separation of the three arms of government is integral to modern government. The doctrine distributes power in a manner which prevents abuse of power by any arm of government and encourages co-operation between the said arms.

In the locus classicus case of Hinds (supra), Lord Diplock discussed the doctrine of the separation of powers in the context of the Westminster model Constitutions such as ours. The Learned Judge described the doctrine as “a basic principle” and by demonstrating how the doctrine, though not expressly stated in the Constitution, was nonetheless incorporated therein,

“Because of this a great deal can be, and in drafting practice often is, left to necessary implication from the adoption in the new constitution of a governmental structure which makes provision for a legislature, an executive and judicature.  It is taken for granted that the basic principle of separation of powers will apply to the exercise of their respective functions by these three organs of government.  Thus the constitution does not normally contain any express prohibition upon the exercise of legislative powers by the executive or of judicial powers by either the executive or the legislature.

The Court went on to explain that it is implicit in the very structure of a Constitution on the Westminster model that judicial power however it be distributed from time to time between various courts, is to continue to be vested in persons appointed to hold judicial office in the manner and on the terms laid down in the Chapter dealing with the judicature, even though this is not expressly stated in the Constitution: Liyanage v The Queen [1967] 1 A.C. 259, 287-288. The Constitution includes a Chapter dealing with fundamental rights and freedoms.  In Hinds (supra), the Court posited that the provisions of this Chapter form part of the substantive law of the state and “until amended by whatever special procedure is laid down in the Constitution for this purpose, impose a fetter upon the exercise by the legislature, the executive and the judiciary of the plenitude of their respective powers.”

“4. It is hereby recognised and declared that in Trinidad and Tobago there have existed and shall continue to exist, without discrimination by reason of race, origin, colour, religion or sex, the following fundamental human rights and freedoms, namely:

(a) the right of the individual to life, liberty, security of the person and enjoyment of property and the right not to be deprived thereof except by due process of law;

(b) the right of the individual to equality before the law and the protection of the law;

(c) the right of the individual to respect for his private and family life;

(d) the right of the individual to equality of treatment from any public authority in the exercise of any functions;

(e) the right to join political parties and to express political views;

(f) the right of a parent or guardian to provide a school of his own choice for the education of his child or ward;

(h) freedom of conscience and religious belief and observance;

(i) freedom of thought and expression;

(j) freedom of association and assembly; and

“5. (1) Except as is otherwise expressly provided in this Chapter and in section 54,4 no law may abrogate, abridge or infringe or authorise the abrogation, abridgment or infringement of any of the rights and freedoms hereinbefore recognised and declared. “

“13. (1) An Act to which this section applies may expressly declare that it shall have effect even though inconsistent with sections 4 and 5 and, if any such Act does so declare, it shall have effect accordingly unless the Act is shown not to be reasonably justifiable in a society that has a proper respect for the rights and freedoms of the individual.”

In order for any law inconsistent with sections 4 and 5 of the Constitution to be deemed valid, the Bill for the Act must be passed by both Houses of Parliament and at the final vote thereon in each House must be supported by the votes of not less than three-fifths of all the members of that House: Section 13 (2) of the Constitution.

Section 14 of the Constitution provides the mechanisms by which the rights in Chapter 1 (including those in section 4) may be enforced before the Courts. The section states,

“14. (1) For the removal of doubts it is hereby declared that if any person alleges that any of the provisions of this Chapter has been, is being, or is likely to be contravened in relation to him, then without prejudice to any other action with respect to the same matter which is lawfully available, that person may apply to the High Court for redress by way of originating motion.”

(a) an existing law;

(b) an enactment that repeals and re-enacts an existing law without alteration; or

“The language and purpose of section 6(1) are so clear that whatever may be their Lordships’ views about the morality or efficacy of the death penalty, they are bound as a court of law to give effect to it”.

The Court also held that in contrast with the broad and liberal construction to be given to constitutional provisions generally, and in particular those directed to the protection of human rights, the proper approach to the interpretation of savings clauses should be “strict and narrow.”

Of course the Constitution is a living breathing thing and as time goes by it would be in need of revision, improvement and reform however because of the fundamental and tremendously powerful nature of this document, any such reform is always fraught with controversy, discordance and contention but it still represents the necessary growing pains of a young Nation such as ours.