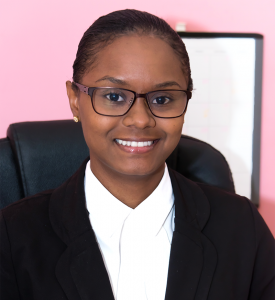 According to the author, Gilbert Kodilyne in Commonwealth Caribbean Contract Law; material statements made by parties during negotiations leading up to a contract may constitute either contractual terms or mere representations.

A contractual term is defined as a statement by which the parties intend to be bound and which therefore forms part of the Contractual Agreement.

On the other hand a mere representation is a statement of fact, made by one party (“the Representor”) to another party (“the Representee”) during negotiations leading to the contract, which was intended to operate and Did Operate, as an inducement to enter into the contract; but which was not intended to be a binding contractual term. Where such a statement turns out to be false, this is referred to as a “misrepresentation.”

A misrepresentation is therefore defined as a positive statement of fact, which is made or adopted by a party to a contract and is untrue. It may be made fraudulently, carelessly or innocently. Where one person (‘the Representor’) makes a misrepresentation to another (‘the Representee’) which has the object and result of inducing the Representee to enter into a contract or other binding transaction with him, the Representee may generally elect to regard the contract as capable of being rescinded (‘the act of setting aside the contract’). In these circumstances, if the person who made the misrepresentation does not want to accept the recission of the Contract, the Representee may invoke the aid of the Court, which may confirm by declaration, his entitlement so to rescind the contract and the Court may grant him such other relief as may flow directly from the fact of rescission; for example, the return of money paid or chattels delivered by him pursuant to the terms of the contract: Halsbury’s Laws of England, Volume 76 paragraph, 701.

It must be noted that a party who is misled by a misrepresentation must be able to show that the false statement was addressed to him, either directly or through another person intended by the Representor to convey the statement. In the case of Peek v Gurney (1873) LR 6 HL 377 the Claimant purchased shares in a company in reliance on certain false statements contained in the company’s prospectus; and he thereafter brought an action against the promoters of the company for rescission on the basis of misrepresentation. It was held that the statements in the prospectus had been addressed only to the original allottees of shares on the formation of the company; and since the Claimant was not one of those original purchasers, but one to whom the shares had been resold, his action failed as the representation had never been made to him in the first place.

In the local case of Angela Alexander (Trading as Prestige of Maritime Centre) v Maritime Leasing Company Limited CV 2006-02235 Stollmeyer J ( as he then was) asserted;

‘… A mere statement of opinion, which proves to be unfounded, will not be treated as a misrepresentation, nor will a simple statement of intention which is not put into effect; for as a general rule these cannot be regarded as representations of fact, except insofar as they show that the opinion or intention is held by the person expressing it.

There are, of course, exceptions to this general position. One is where the person expressing the opinion did not hold it. Another is where that person could not, as a reasonable person, having his knowledge of the facts, have held that opinion. It will be for the person to whom the representation was made to prove this.”

So even if it’s a representation of Opinion, then it may be possible to sue on it where the person who expressed the opinion, ought not, reasonably to have held such an Opinion. An example of this, could be like an experienced Surgeon expressing his opinion which induces a patient to have a wholly unnecessary surgery done by him. Once it can be shown, that with that Surgeon’s knowledge and experience, he ought properly to have known better, then he can possibly be held liable for same. A relevant example of this type of contrast though not strictly within Contract Law, would be where the US President recently mentioned the ingestion of Bleach and Disinfectant as a possible cure for the Corona Virus. No matter how much power and prestige his Office holds and no matter how much people may have relied on his words, they would be seen as merely Opinion (as reckless as they may be) of someone lacking Medical training and knowledge. On the other hand, if Dr. Anthony Fauchi had made such a statement, then of course everyone would have said he ought to have known better and should be held responsible for same. Of course when one considers the law under Negligence, the President’s words and actions could be examined in a different light, but that’s another Legal Lesson.

A misleading statement will not give sufficient reason to take legal action unless the said statement:

If however the representee does not rely on the representor’s false statement; but on his own independent investigations about the subject matter of the contract, the representor will not be held liable.

It is stated further in Halsbury’s Laws of England 4th Edition at page 492 paragraph 778 that:-

“In order to sustain any claim or proceeding for misrepresentation it is necessary for the representee to establish that he was induced by it, not merely to alter his mind, but to alter his position, that is to say, to effect a change in his material or temporal interests or situation”.

There are three types of Misrepresentation:

A misrepresentation is considered to be fraudulent when it is made:

“a false statement of fact which is made by D to C knowingly, or without belief in its truth, or recklessly, without caring whether it is true or false, with the intent it should be acted upon and which is in fact acted upon by C. D will be liable in such a case even though the misrepresentation was made with no corrupt motive and with no expectation of profit and even though the person defrauded had a full opportunity of discovering the fraud or had an agent who knew the truth.”

In the case of Hedley Byrne and Co. v Heller and Partners Limited [1963] 2 All ER 575 the Court laid down the principle that a negligent misrepresentation, which causes financial loss may give rise to an action in damages for negligence, despite the absence of any contractual relationship between the parties; as long as there is a “special relationship” between the Claimant and the Defendant which seems to require reasonable reliance by one party on the representation made by the other.

In relation to Bankers and Lenders generally, it’s important to note that the 2008 Financial Crash which was triggered by US mega-Lenders Fannie Mae and Freddie Mac who negligently offered and issued sub=prime Mortgages and Loans to Borrowers who really ought not to have qualified for same and then worse yet, wrapped them up in attractive glitzy packages of 100% financing with no interest for the first year and other goodies. What the Borrowers did not realize was that there was a massive sting in the tail in that after the first year interest-free Honeymoon period was over, they were hit with massive escalations on their interest rates which most Borrowers could not manage and soon all these Mortgages were under water. When looked at, it is clear that there was some element of Misrepresentation by both Fannie Mae and Freddie Mac in their Mortgage Lending material, and it was indeed designed to induce persons to enter into the Mortgages. However it is not as simple as that because there is also a responsibility on Borrowers; so if your Banker assesses your Business proposal and assesses your ability to repay their Loan and decides thereupon, to grant you a Loan facility – if you subsequently fail at that Business and thereafter can’t the Loan, you CANNOT seek to hold your Banker liable for your default by saying they should have known better than to lend you the money. The due diligence done by the Bankers in such a scenario is for their benefit and they are not in any way seeking to act as your Financial advisors and the responsibility for the success or failure of your Business remains yours. This is to be contrasted with a scenario such as the much Ballyhooed First Citizens Bank IPO, where the Bank of itself was actually encouraging persons to invest in itself, therefore the Bank in putting out the prospectus for the IPO, had a duty and responsibility to ensure that the statements it was putting out in the IPO prospectus were accurate and contained no misrepresentations for which it could later be held liable.

Generally, silence cannot amount to a representation and so the mere non-disclosure of the truth is not misrepresentation. However, the author, Gilbert Kodilyne in Commonwealth Caribbean Contract Law, expressed that silence may constitute misrepresentation in the following cases:

The author, Gilbert Kodilyne explained further that advertisements containing exaggerated descriptions of products being offered for sale (such as the laundry detergent manufacturer that advertises its product as ‘washing the whitest’, or the manufacturer of a beverage that proclaims its product ‘fortifies and strengthens’) are not treated as representations of fact, but are regarded as mere puffs and as part of the advertisement aggrandizement  and wholly without legal effect such as products which are supposed to make you look more Beautiful, Handsome, sexy or attractive.