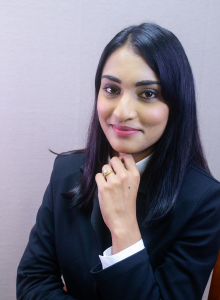 A Will is a written instrument whereby a person, the Testator (or the Testatrix, if female) expresses their wishes in relation to the disposition of their Estate which they intend to take effect after their death. The term “Estate” in this context refers to the assets that the Testator owned or was entitled to as at the time of his death. Under a Will the Testator appoints someone as an Executor (or Executrix, if female) and once the Will is valid, the Executor can apply for a Grant of Probate after the death of the Testator and distribute his Estate in accordance with his wishes as expressed in his Will.

WHAT REQUIREMENTS ARE NECESSARY FOR A VALID WILL:

Section 42 of the Wills and Probate Act Chap 9:03 provides as follows:

“Save as hereinbefore provided, no Will executed after the commencement of this Act shall be admitted to probate or annexed to any letters of administration or be deemed to have any validity for any purpose whatsoever unless such Will is in writing and executed in manner hereinafter mentioned, that is to say,—it shall be made by a person of the age of twenty-one years or more, it shall either be signed at the foot or end thereof by the Testator or by some other person in his presence and by his direction and such signature shall be made or acknowledged by the Testator in the presence of two or more witnesses of either sex competent to attest a Will according to the law of England, present at the same time, and such witnesses shall attest and subscribe the Will in the presence of the Testator and of each other but no form of attestation shall be necessary. No person shall be a competent witness to any Will executed or purporting to be executed after the 16th of May 1921, who has attested such Will by making a cross or mark or otherwise than by his signature in his own proper handwriting.”

The statutory requirements for the valid execution of a Will can therefore be summarized as follows:

(a) The Will must be in writing;

(c) The Will must be either signed at the foot or end by the Testator or by some other person in his presence and by his direction;

(d) Such signature must be made or acknowledged by the Testator in the presence of two or more witnesses of either sex competent to attest a Will according to the law of England, present at the same time; and

(e) Such witnesses must attest and subscribe the Will in presence of the Testator and of each other, but no form of attestation shall be necessary.

In order for a Will to be valid, the Testator must not only comply with the statutory formalities, but he must also have the necessary testamentary capacity or animus testandi when making his Will. The following must be established to satisfy this requirement:

In Lucky v Thomas-Vailloo (supra), Stollmeyer J (as he then was) summarized the applicable principles when considering due execution and knowledge and approval of a Will as follows:

“1) The onus of proving a Will as having been executed as required by law is on the party propounding it;

2) There is a presumption of due execution if the Will is, ex facie, duly executed;

3) The force of the presumption varies depending upon the circumstances. The presumption might be very strong if the document is entirely regular in form, but where it is irregular or unusual in form, the maxim omnia praesemuntur rite esse acta cannot apply with the same force, as for example, would be the case where the attestation clause is incomplete;

4) The party seeking to propound a Will must establish a prima facie case by proving due execution;

5) If a Will is not irregular or irrational, or not drawn by a person propounding the Will and benefitting under it, then this onus Will have been discharged;

6) If either by the cross-examination of witnesses, or the pleadings and the evidence, the issues of either testamentary capacity or want of knowledge and approval are raised, then the onus on these issues shifts again to the party propounding the Will;

7) Even if the party propounding the Will leads evidence as to due execution, there is still the question of whether the vigilance and suspicions of the court are aroused. If so, then the burden once again reverts to the party seeking to propound;”

The Testator must exercise his free will, that is, the Will must not be the result either of undue influence or fraud of another.

Williams on Wills 9th Edition at page 64 and 65 stated the following on undue influence and fraud:

“Fraud and undue influence are really questions of knowledge and approval rather than of testamentary capacity since what has first to be proved is not the lack of capacity of the Testator, but the acts of others whereby the Testator has been induced to make dispositions which he did not really intend to make…A gift obtained by undue influence or fraud is liable to be set aside upon proof of the undue influence or fraud. Undue influence means coercion to make a will in particular terms. The principle has been stated by Sir JP Wilde in Hall v Hall15: ‘Persuasion is not unlawful, but pressure of whatever character if exerted as to overpower the volition without convincing the judgment of the Testator, will constitute undue influence, though no force is either used or threatened.”

“The proof of motive and opportunity for the exercise of such influence is required but the existence of such coupled with the fact that the person who has such motive and opportunity has benefited by the will to the exclusion of others is not sufficient proof of undue influence. There must be positive proof of coercion overpowering the volition of the Testator. The mere proof of the relationship of parent and child, husband and wife, doctor and patient, solicitor and client, confessor and penitent, guardian and ward or tutor and pupil does not raise a presumption of undue influence sufficient to vitiate a will and although coupled with, for example, the execution of the will in secrecy, such relationship will help the inference, yet there is never in the case of a will a presumption of undue influence. There is no presumption of undue influence, which must be proved by the person who sets up that allegation. The onus of proof resting upon the party propounding a will where circumstances of suspicion are disclosed does not extend to the disproof of an allegation of undue influence or fraud, the burden of establishing which always rests on upon the parties setting it up. The person who affirms the validity of the will must show that there was no force or coercion depriving the Testator of his judgment and free action and that what the Testator did was what he desired to do…..much less influence will induce a person of weak mental capacity or in a weak state of health to do any act and in such cases the court will the more readily find undue influence…”

As it relates to undue influence in Moonan v. Moonan (1963) 7 WIR 420 Wooding C.J. (as he then was) confirmed that the burden to satisfy a Court that the Will was lawfully executed is on the proponent of the Will. When there are allegations such as undue influence, Wooding C.J. said at page 421 “It is a common place proposition of law that undue influence must not only be specifically alleged but also affirmatively proved by the person making the allegation. And the essence of undue influence is coercion – coercion inducing the making of the dispositions by the Will under challenge”.

WHAT ARE THE EFFECTS OF FAILING TO LEAVE A VALID WILL:

Under Intestacy, according to this Act, the lawful spouse and issue(children) of the Deceased, alive at the time of the death of the Deceased, are the primary beneficiaries of such an Estate with the lawful spouse being entitled to one half of the Estate and the issue (children) being entitled to the other half, divided amongst themselves in equal shares.  Where there is a spouse but no issue(children), then the lawful spouse is the sole beneficiary of the entirety of the Estate and where there is no lawful spouse but issue, the issue(children) would be the sole beneficiaries of the Estate and if there is more than one issue(child),  then the Estate is to be shared equally between the issues(children). The Act provides that where a person dies intestate leaving no surviving lawful spouse, but dies leaving a surviving co-habitant, the co-habitant shall be treated for the purposes of the Act as if he or she were a surviving spouse of the Intestate. This means that once a surviving co-habitant gets a Declaration and Order from the High Court deeming them to be the co-habitant of the Intestate at the time of death, then armed with such Order and Declaration, this surviving co-habitant now steps in the shoes as a Lawful Spouse for the purposes of the distribution of the Estate of the Intestate under the provisions of the Administration of Estates Act.

According to this Act, where a person dies intestate and leaves no spouse, issue or co-habitant then the Estate goes to his parents equally (or solely to one parent if there is only one surviving parent). The Act further stipulates, where there are no parents of the deceased, that the Estate is to be distributed to or held on trust for his next of kin living at the time of his death in the following order and manner:

(a) to the brothers and sisters of the whole blood in equal shares;

(c) where there are no brothers and sisters of the whole or half blood to the grandparents of the intestate in equal shares;

(d) where there are no grandparents to the issue of the brothers and sisters of the whole blood;

This Act further provides that in default of any person taking an absolute interest under the foregoing provisions, the Estate of the Intestate belongs to the State as bona vacantia.

Section 30 (a) of the Wills and Probate Act provides that in cases of intestacy, applications for Administration may be made by the following persons in the following order —

Upon interpretation of this section, there is an obvious lacuna in the Law, and our Court of Appeal, as seen in CA S 196 of 2013 Ali & Anor v Seetaram, is of the view that next of kin under this section, must of necessity, include issue(children) of a deceased. In this case at paragraph 53 (d) the Court of Appeal concluded that: “A purposive construction of the definition of “next of kin” in the Administration of Estates Act is both justified and required, given the absurd consequences that would otherwise follow (from the literal interpretation of the section). An exclusive reliance on the definition of next of kin in the Administration of Estates Act would prohibit “issue” of an intestate deceased, (defined as kin but not next of kin), from applying for Letters of Administration. However more distant relatives would be permitted to do so even in cases where those relatives could not be beneficiaries on an intestacy.” Thus this is an area of the Law which though the Legislation tries to provide certainty, the very Legislation itself is the source and cause of much Litigation and there are many intricacies and pitfalls along the way in this most highly contentious area when emotions of family members usually run very high and passion, greed, animosity, fear, hatred and anger all come to the fore; so it is important to have the very careful and thoughtful advice and guidance of your own Attorney, when setting about putting your affairs in order for the distribution of your assets and estate after death.