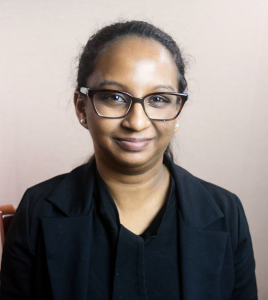 The Offence of Harassment is governed by the Offences Against the Person Act Chapter 11:08 of the Republic of Trinidad and Tobago. This Act makes it a Criminal Offence to harass a person and provides a mechanism for a person who is being harassed to seek relief should they feel as though their safety is being threatened by an Offender. Furthermore, the Act allows for a Complaint to be made and for Protection to be sought by the person making the Complaint before any further harm is caused to them by the Offender, such as the Offences of Assault and Battery.

The Offences Against the Persons Act (hereinafter called the “Act”) provides a definition of what constitutes Harassment in Section 30A(1)(a). The Act states that harassment of a person includes alarming the person or causing the person distress by engaging in a course of conduct such as:

In order for the above listed behaviours to amount to a “course of conduct” for the purposes of the Act, it should be noted that conduct of the kind listed must have been carried out on at least two occasions according to section 30A(1)(b) of the Act.

There is room for a broader interpretation in section 30A(1)(a)(viii) of the Act which functions as a “sweep-up” clause to cover behaviours which may not be specifically itemized above, by stating that “acting in any other way that could reasonably be expected to alarm or cause the person distress” would fall within the definition of “Harassment.” The Court, under this section, would therefore decide what constitutes harassment based on the facts of each case once it doesn’t fall within one of the specified categories set out above.

In the following cases the Protection from Harassment Act 1997 of the United Kingdom, which has similar provisions to the provisions for Harassment in the Offences Against the Person Act within the Republic of Trinidad and Tobago, discussed what constituted harassment in relation to the course of conduct of the Harasser:

In Regina v SPC [2001] EWCA Crim 1251 it was determined that a number of letters written by the Appellant and sent to a local Member of Parliament on numerous occasions containing abuse and materials which could be construed as threats would amount to a course of conduct, especially given the severe distress these letters caused the recipient, who began to suffer from nightmares due to them. We can translate this in our present context to someone using the internet or social media to threaten, abuse or harass someone so that it can amount to the Criminal Offence of Harassment.

Harassment is a Criminal Offence and as such there are penalties affixed once it is found by the Courts that the offensive behaviour falls within the definition of Harassment as outlined in the Act.

It should also be noted that, if a person charged with Putting a person in Fear of Violence is found not guilty, this does not mean that he may not still be found guilty of the Offence of Harassment in accordance with section 30A of the Act. In fact, the Court may still deem that the person’s behaviour amounted to a course of conduct which falls into the definition of harassment, even though it did not put the person who he was harassing in fear of violence.

Section 30C of the Act outlines the Defences that may be available for a person charged with an offence under section 30A or 30B, that is, for the Offence of Harassment or for Putting a Person in Fear of Violence. To attempt to mount a credible Defence, the Person Charged must show that:

Aside from punitive measures that would be enforced against someone found guilty of Harassment, the Act outlines additional Remedies that may be available to a person who is being harassed in Section 30D. A Court may make an Order for Protection or Compensation. Additionally, a Court where necessary may make an Order that the harasser be committed to a Psychiatric Hospital in accordance with the Mental Health Act Chapter 28:02.

An Order for Protection may be made by the Court in accordance with section 30D of the Act. This Order shall direct a person to cease from engaging in conduct which:

Failure of the offender to comply with any such Order would amount to an Offence and the offender would be liable on summary conviction to imprisonment for six (6) months.

An Order for Compensation may be made by the Court  against the Offender in favour of the person who was being harassed in order to compensate the aggrieved person for any costs which may have arisen in relation to the harassment which they received.

Where circumstances require, the Court may make an Order in accordance with section 6 of the Mental Health Act Chapter 28:02 which provides that every person who is or is reasonably believed to be in need of such treatment as is provided in a psychiatric hospital may be admitted by Order of the Court.